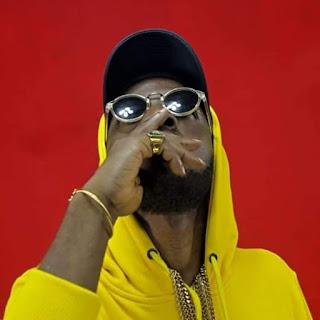 This is 2019 and Jovi is staying active on Twitter, keeping his fans informed of all his activities as usual.
The boss and CEO of Newbell Music, the great Cameroonian icon and music producer who has inspired a score of young  rappers across the triangle has been actively dropping songs, but has not been on stage  for over two years. His absence on stage has triggered a backlash on social media as one of his fans Arthur Silva came on his Twitter page this morning to vent his displeasure. Jovi was soft on him, as seen on the screenshots below. 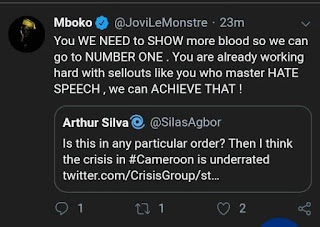 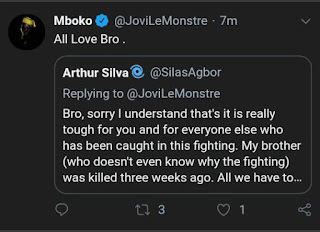 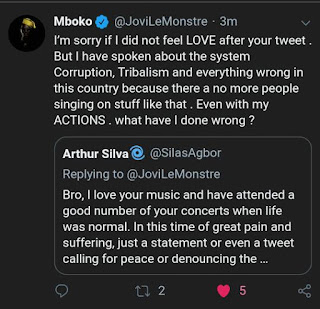 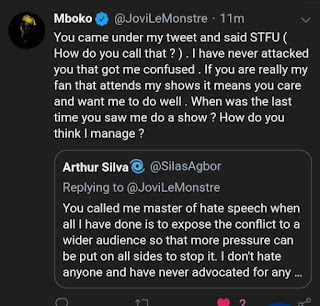 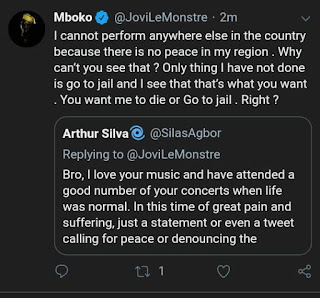 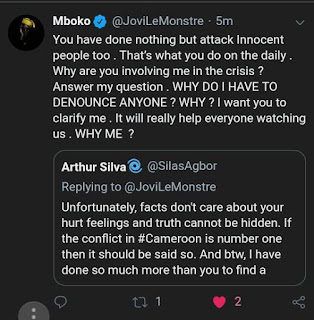 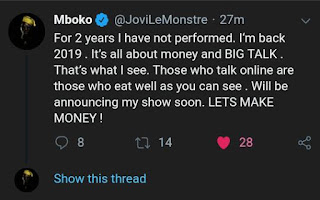 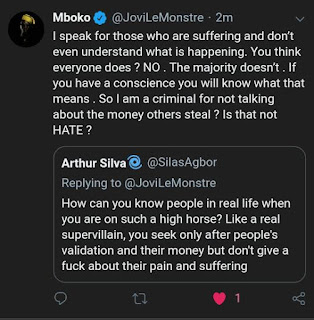 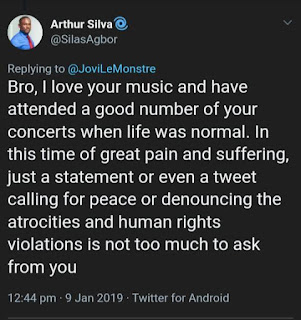 Jovi tweets in a heart-touching tune as he asks if they want him to go to jail, in his tweets .
Written by BlaiseCampoure,
Edited by Faith Ibe.